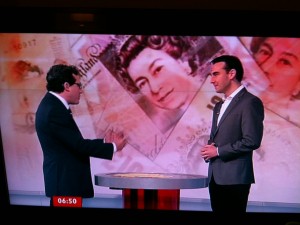 A busy day today, helping to launch something which aims to be useful and practical in equal meaure!

StartUp Britain is a new campaign which hopes to inspire people across Britain to start and grow a business.

A group of 8 of us, some of whom you may know (me, Rajeeb Dey from Enternships, Richard O’Connor from Chocolate and Love, Emma Jones from Enterprise Nation, Michael Hayman from Seven Hills, Jamie Murray Wells from Glasses Direct, Lara Morgan from Pacific Direct and Company Shortcut and Duncan Cheatle from The Supper Club – see profiles on the site) sat down to think about what would be practical, useful and helpful to inspire people to start a business, and help those who already have.

It is only a start, and we have plans to build from here.   The Telegraph have covered it on their front page here and the Press Association has written it up here.  Sir Richard Branson has written a fantastic piece for the Telegraph in which he gives us a good mention.

We started with the idea that there is a massive amount already going on, and that we should point the way to it.  So you’ll see hundreds of links to good stuff.

We took the view that a major way for business to help business is by offering practical deals and discounts to save time, money or hassle.  So you’ll see over 50 offers at launch, from business cards to broadband, and from office space to suits!

Just as importantly, thousands of people aspire to start a business and yet don’t.  We hope that StartUp Britain might inspire them by celebrating some of the fantastic work going on all over the UK.

StartUp Britain has the full support of the Prime Minister David Cameron and HM Government.  We have worked with the team at Number 10 and at BIS to plan what we hope is something useful.

Contrary to a couple of early reports, (including this one by the BBC!)  this is an independent, private sector initiative, and is not funded by Government.  We have been inspired by the Startup America Partnership and are in touch with their team.

Over time, we want to be a two way bridge between Government and business – a useful channel.  We hope to inspire others to join our team.

I’d love your feedback.  You can follow StartUp Britain on Twitter  and check out the site here.

Thank you in advance for your feedback and support!