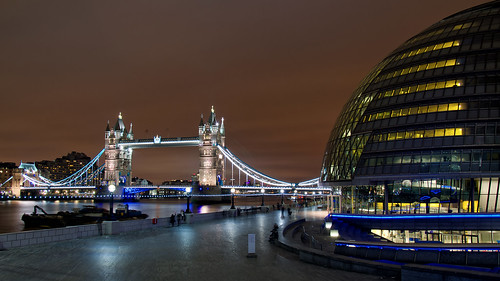 I return, inspired, from a day at City Hall, where Mayor of London, Sadiq Khan has been hosting a one-day conference on the theme of social inclusion.

As a fan of Sadiq, as soon as I heard about the event, I offered my services, as a budding facilitator. Perhaps wisely, the social inclusion of the organisers didn’t extend to me. So, enthusiasm undimmed, I make my way to the side of the Thames, and join the throng of guests from all over Europe, including the Mayors of Oslo, Athens, Amsterdam, Rotterdam and Lisbon.

Perhaps unsurprisingly, by the first coffee break, (and partly thanks to the extra shot of guests like Jon Yates from the Challenge and David Robinson from Community Links and Michael Lynas of the National Citizen Service), my brain is buzzing with ideas.

Now, I know what you’re thinking. Ideas are easy. And I know what you mean. That said, all of the things I’ve helped to start (from Tenner to StartUp Britain, VIY to Speednetwork the Globe) started with an idea. So thank you in advance for humouring me…

Here are the seeds of seven ideas for London (and perhaps other cities). Some are deliberately playful. At least one is thrown in as a joke. A question for you;

Which can you see coming to life? Which might be useful? Which solves a problem that you’ve seen? Which, if any, catches your imagination?

1. Born Together. A “human twinning” project in which pairs of citizens are connected with each other for a six month peer-mentoring experience. The only thing they have in common? They share the same birthday.

2. A mobile conflict resolution centre, based on a narrow-boat on one of London’s great canals. It’s called the Argey Bargey.

3. A new, permanent organisation, set up by the Mayor of London, to act as a lighting rod and red-carpet for visiting social innovators from around the world. Like London and Partners serves international companies and investors, this new team would make visiting innovators from all sectors feel welcome, whether their trip was fleeting or permanent.

4. A network of 270 social action groups across London. Social, proactive, fun. All based around tube stations. It’s name would be Action Stations. Partnerships with City Hall, Transport for London, Time Out and the Evening Standard would help to get it going. Volunteers would offer to lead their “station”, and year-round activities might include a litter-pick, a coat-collection or a food-drop.

5.  A new collaborative blog, updated by teams working with Mayors from around Europe. The Mayor Necessities (OK not that) is a way for civic innovators to share what works, and what doesn’t. The site becomes a useful place to discover fresh ideas and latest thinking.

6. A scheme in which older, often house-bound residents offer their home as a Parcel Hub. Neighbours realise that one way of saying thank you is to ask them if they need help with anything.

7. London Lifts. A partnership with Uber or BlaBlaCar (mentioned by Matthew Taylor). Londoners can hitch a ride with a fellow passenger, whose sole job is to cheer them up. By listening, by asking questions, by sharing a perspective. London Lifts. Picking people up since 2016.

What do you think? If we were going to encourage someone to adopt or adapt one of these ideas, which would it be, and who would you choose? All answers appreciated. Yes, an idea may be the easy part, however sometimes with the right connections, it is the start of something special.

I believe that London has all of the ingredients required to bring these, and many more ideas to life. Thank you in advance for helping them to spread.