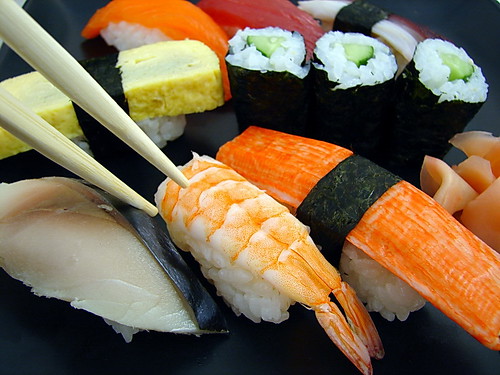 In the year 2000, the great British entrepreneur Simon Woodroffe wrote The Book of Yo! One of the many people who read it was a student at Leeds University. Yes, you’ve guessed it – me. In that little book were packed dozens of inspiring quotations which seasoned the story of how Simon, inspired by Japanese conveyor belt bars, went on to found the UK chain, Yo! Sushi. To me, he was the antithesis of the boring business leader. Colourful, maverick and outspoken. A budding entrepreneur at the time, I simply had to meet him. Rather cheekily, I called his head office, asked for his mobile number, left a message, and wondered if I’d ever hear back. The next morning, I was staying with my parents when the phone rang. Rubbing the sleep from my eyes, I pressed the phone to my ear. It was the fruity baritone of Simon Woodroffe. My breathless pitch followed, and he told me, to my surprise, that he wanted to help. True to his word, he spoke at one of my company’s first events, at nearby Sheffield University, for no fee. Several weeks later, as a thank you, I asked to take him for a beer, in London. At the last minute he asked to bring a friend – “someone closer to your age”, who he thought I’d get on with. He was right, and that beer proved to be fairly important to me. His friend was Ben Way, who became my next business partner.

Fifteen years later, I am at an awards gala dinner. All eyes are on the stage as a row of entrepreneurs share their stories. Is there a collective noun for entrepreneurs? Perhaps this year we should find one. For zebras it’s a dazzle and for starlings a murmuration. For entrepreneurs, maybe a cacophony? Anyway, on this particular stage sits the King of Shaves, Will King. Next to him sits Toni Mascolo of Tony and Guy, and next to him sits Simon Woodroffe. Interviewed by Shalini Khemka, they reflect on their journeys. The evening’s master of ceremonies, a former Leeds student, looks on.

I share these sushi stories because they remind me that, alongside building a business, some of the best entrepreneurs take time to help others. They do this in so many ways, and Simon’s story reminds me of just three of them. Firstly, by inspiring others. Taking the time to share what they have learned and what they have found. By curating the nuggets of wisdom which they have discovered, they can help the next generation. Secondly, by giving their time. For me, it was the gift of a speech. For others it may a phone call, or a coffee. For some it is the time, over email, to answer a few well-chosen questions. Finally, the power of thoughtful introductions. Thinking of that person who an entrepreneur should know. Perhaps a client, a customer, a journalist or an investor. In my case it was a business partner who changed my life, became a friend and, along the way, became the first ever secret millionaire.

These gifts, of inspiration, time and introductions need not take hours. With platforms like Twitter and LinkedIn, a favourite book or article can be shared in seconds – an introduction can be made in minutes. Over the years I’ve noticed that there is a genuine desire amongst those who have built a company, to help others. Cast your eye down the judges of this year’s Great British Entrepreneur Awards and you’ll see dozens of examples of this kind of helpfulness. My encouragement to the next generation is to make it even easier to be helped. Seek out your role models. Write thoughtful, highly personalised notes. Of course, there is a fine line between hustle and hassle, however sometimes a cheeky approach can pay dividends. It has for me, more than once. Eighteen years ago, I was inspired by a book about sushi. A phone call, a meeting and a beer later, and I was on a roll.